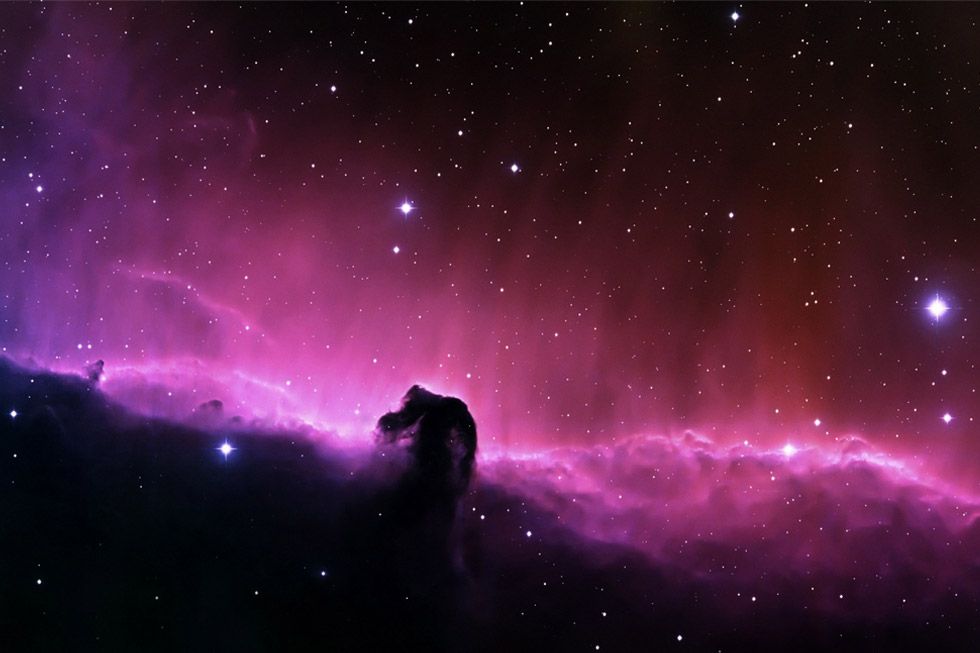 This post is a collection of the most well-known law of attraction quotes by multiple authors.

In this article, we’ll explore some of the best quotes about this philosophy to get you started on your journey towards manifesting money and your dreams.

The law of attraction is one of the most popular concepts in modern society.

It’s a belief that we can create our own reality by visualizing and believing it’s true.

The Law of Attraction is an amazing law that can be used in your everyday life.

If you are interested in learning more about famous Law of Attraction quotes, then this blog post is for you!

What is a Law Of Attraction Quote?

The word “quote” refers to the restatement of a statement or a written text from another individual. A person looking for motivation and inspiration to correct his life finds it in the tiniest of remarks, quotations, and messages.

This person looks up to the influential personalities that tend to leave a part of their experience for the world to learn from. Likewise, these personalities also grew up seeking motivation from their gurus and idols.

It is an unending process of learning and passing it on.

Let’s throw some light on the most inspiring quotes by

…and many other distinguished, leading lights.

Law of Attraction quotes and Secret quotes are a silver lining on a gloomy day. For those who fear the dead-end is approaching, these wise quotes about life change are a doorway to a new beginning.

Manifestation quotes like these keep a dejected mind hopeful and inspired to make it big in life, perhaps, larger than life. These are merely a bunch of simple words for some but a way of life for others.

For the ones inspired, these are words to live by and Mantras to be passed on to the generations to come.

Other reasons to read quotes are:

Law of attraction inspiration quotes are reminders as to why we should never stop believing in ourselves and how there’s more to life than we can ever imagine.

Explanation and Application of Law of Attraction Quotes

Besides being an essential source of inspiration, Law of Attraction quotes, if applied correctly, prove miraculous.

Universe’s Law of Attraction is not just confined to objects and living beings but also to abstract matter and the sub-conscious mind.

In simple words, one should be grateful and hopeful for the future one dreams of, for the aspirations, goals and no energy in this universe is strong enough to take away what the act of gratitude brings to one’s life.

Here are 10 power quotes and life lessons from some of the most famous people who have ever lived on the topic of “Law Of Attraction”.

“Every single second is an opportunity to change your life because at any moment you can change the way you feel.”
Rhonda Byrne, Secret Quotes

Any journey in life towards greatness begins with one step and a leap of faith. Nothing is guaranteed, but take every step at a time and you will get where you want to be.
Lao Tzu

Life is about attitude; it is what determines greatness in us. If you believe in yourself and put your heart and mind to something you will achieve what you want. Likewise, if you indulge in self-doubt and insecurity, you will never move forward towards your dreams. “You create your own universe as you go along.”
Winston Churchill

The world can bend to your will, you don’t have to confirm or to pretend, you can create your own unique universe with your own thought process and perspective about the world “Nothing is unless our thinking makes it so.”
William Shakespeare

Surround yourself with people who are positive about you and your ambition. Negativity will always pull you down. After all, if you want to fly you have to walk with eagles. Roy T. Bennett, The Light in the Heart

“Your imagination is your preview of life’s coming attractions.”
Albert Einstein

Anything that your mind can conceive is achievable.
Napoleon Hill

Bob Proctor is a well-known guru of all things financial, and he’s never afraid to share his opinion. One such occasion was when the audience asked him about how they should handle money if their partner gets sick or disabled in some way – at which point Bob delivered an impassioned speech on honesty with personal finances: “If you’re married then I encourage divorce”, he said somberly before continuing more lightly than ever; “but even better than that would be just working together as friends instead.” His words resonated deeply not only because we can relate so much.

1. “Thoughts become things. If you see it in your mind, you will hold it in your hand.”

― Bob Proctor, You Were Born Rich

2. “Be like a postage stamp. Stick to it until you get there”

3. “Set a goal to achieve something that is so big, so exhilarating that it excites you and scares you at the same time.”

If you’re unfamiliar with who Abraham Hicks is/are, I’ll do my best to explain everything in simple terms. However, if this is your first time encountering him, I suggest that you brace yourself for just a bit of confusion!

Abraham is not a physical human being, but rather what may be called “infinite intelligence.” Abraham is the title of this “endless intellect” given to him by Esther and Jerry Hicks.

Esther Hicks is said to receive guidance from Abraham through herself. She then transmits this knowledge in language that we can comprehend as humans. In this manner, she almost mimics a translator, allowing us to obtain knowledge and insights from this Source energy.

3. “Like the air you breathe, abundance in all things is available to you. Your life will simply be as good as you allow it to be.”

Michael Beckwith is a well-known American televangelist, and founder of the savedmedia Ministries organization. He was born in Texas on July 16th 1950 to parents who were both school teachers; he has been married three times throughout his life but currently lives with wife number four at an unknown location for reasons which are unclear as they have never publicly addressed this issue before now despite being followers/supporters within God’s grace community founded by them (as leaders). Through various broadcasting platforms like TBN back when it first started out–which still broadcasts today under different ownerships!–you could hear him talk about how close people would be able worshiping alongside

“A person all wrapped up in themselves makes for a mighty small package.”

“Be for something and against nothing.”

Rhonda Byrne is the author of seven books, including “The Secret.” the Author.

The Secret was released in 2006 and is a self-help book written by Rhonda Byrne, who also produced the film of the same name.

It is based on the idea of the law of attraction, which claims that thoughts may drastically improve a person’s life.

The blockbuster novel has been translated into more than 50 languages and sold over 30 million copies worldwide.

“There is no such thing as a hopeless situation. Every single circumstances of your life can change! ”

“There is a truth deep down inside of you that has been waiting for you to discover it, and that truth is this: you deserve all good things life has to offer.”

The Buddha was a Nepalese spiritual instructor who taught in the 6th century B.C. His teachings formed the basis of Buddhist religion.

Buddha (also known as Siddhartha Gautama), one of the most famous spiritual leaders in history, was a philosopher who addressed a variety of topics including peace, existence, love, happiness, and death.

Because he gained enlightenment, the Buddha was known as “the awakened one” in his native language. This reflects what he taught others about.

Lao Tzu was a Chinese author and philosopher who lived from 6th century BC to 4th centuries BC. He is known as the founder of philosophical Taoism which later became influential in China’s religious circles, military structures, arts & literature; he also has been credited for coining many terms related to warring states era like “Tao Te Ching”.

2. “He who knows that enough is enough will always have enough.”

3. “The snow goose need not bathe to make itself white. Neither need you do anything but be yourself.”

Henry Ford re-invented the way people worked and lived with his inexpensive yet efficient Model T car. He is largely responsible for suburbs as we know them today because he built affordable houses that were available to everyone – not just wealthy elite citizens or politicians only!

2. “I am looking for a lot of men who have an infinite capacity to not know what can’t be done.”

3. “There is joy in work. There is no happiness except in the realization that we have accomplished something

Albert Einstein is considered one of the greatest scientists in history. He published his first paper on general theory at age 27, and by 35 years old he had written extensively about motor mechanics, light bending properties for lenses etc., becoming a global celebrity after publishing papers such as “The Discovery Of The century”. However it was not until 1905 when these theories were applied to practical application – German patent office denied all applications sent from Dr Einstein.

1. “Imagination is more important than knowledge. For knowledge is limited, whereas imagination embraces the entire world, stimulating progress, giving birth to evolution.”

2. “Learn from yesterday, live for today, hope for tomorrow. The important thing is not to stop questioning.”

3. “Logic will get you from A to B. Imagination will take you everywhere.

The man who would become Napoleon Hill was born on May 14, 1895 in Tennessee to sharecroppers. His parents had little money and he often went without food so that his two children could eat better than they did himself – an experience which formed many parts of Hill’s character for the rest as you’ll read about later life when becoming one if its most influential figures ever!

1. “You can do anything if you have enthusiasm. Enthusiasm is the yeast that makes your hopes rise to the stars. With it, there is accomplishment. Without it there are only alibis.”

2. “Tell me how you use your spare time, and how you spend your money, and I will tell you where and what you will be in ten years from now.”

3. “Don’t wait. The time will never be just right. Start where you stand, and work whatever tools you may have at your command and better tools will be found as you go along.”

Summary of the Law of attraction Quotes

Be sure to keep these law of attraction quotes close by when you need some inspiration and motivation!

These are some of the most famous quotes on the Law of Attraction, a force that can help you achieve even the farthest dream. These quotes are enough proof that even the most celebrated humans believe in Law of Attraction and this is their common ground.

Let’s embrace these wise words and wait for the magic to happen.