This is a complete list of up-to-date Law of attraction statistics, trends & scientific facts.

Law of attraction statistics and facts

The Urban Dictionary describes the Law of attraction this way:

But research shows that there is far more to the Law of attraction than what this definition implies.

Many individuals are under the impression that the Law of Attraction is a pseudo-scientific concept, despite a lack of study on human capabilities and skills such as deliberate thinking, emotional intelligence, and visualization.

Olympic sports athletes such as Michael Phelps, Allyson Felix, Ronaldinho and Lindsey Vonn use visualization on a daily basis.

In fact, since Soviet research in the 1970s began to validate their beneficial impact on performance, 70-90 percent of Olympic athletes now practice visualization methods, also known as “imagery,” because it gives concrete results. Researchers from all over the world now conclude that properly performed visualization techniques may improve motor skills, grow muscle strength, decrease anxiety, increase self-confidence, and improve concentration.

If you struggle with manifesting what you want, you are neither lazy nor alone.

The following facts, trends, and statistics can offer you insight into what is really behind Law of attraction and how to use it correctly, which might just change your life.

So without further ado, let’s see the stats and facts!

Key information, facts and figures to know about the law of attraction.

The law of attraction demographics, usage statistics and popularity.

We present scientifically backed-up data and facts to assist us in validating the concept.

We provide evidence to show how mental development affects our psychology.

In this section, we present some statistics and success rates on using the law of attraction.

We present proof whether the law of attraction works or doesn’t, and why.

We exam the philosophy, and how it relates to scientific research.

We present related or historical facts and figures about this ancient law.

Statistics and facts for this article were gathered from listed sources.

The law of attraction is a theory about the nature of the universe. According to this theory, individuals create their own circumstances in life with their thoughts and feelings (Law Of Attraction Facts & Stats 2017).

The law of attraction is a New Age concept that refers to the belief that positive thinking can create life-changing events. The Law of Attraction has captured the interest of individuals including celebrities, entrepreneurs, and coaches for decades.

In this updated report, we have identified the facts, stats, and patterns of behaviours that successful people share about using the Law of attraction. 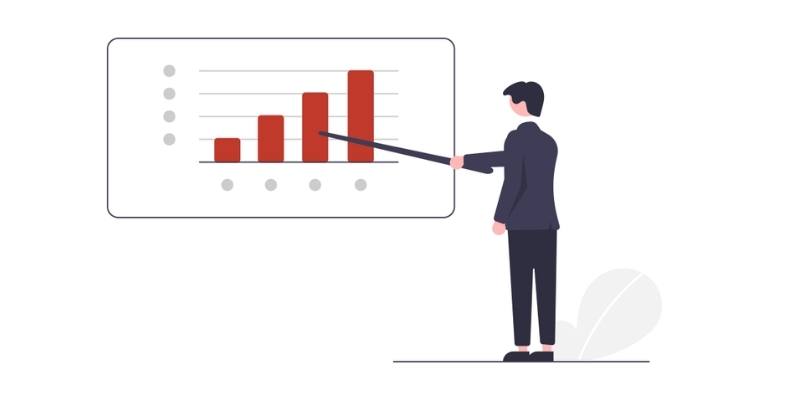 While everyone has failed at manifesting what they want at some point in their life, the law of attraction movement is on the rise. 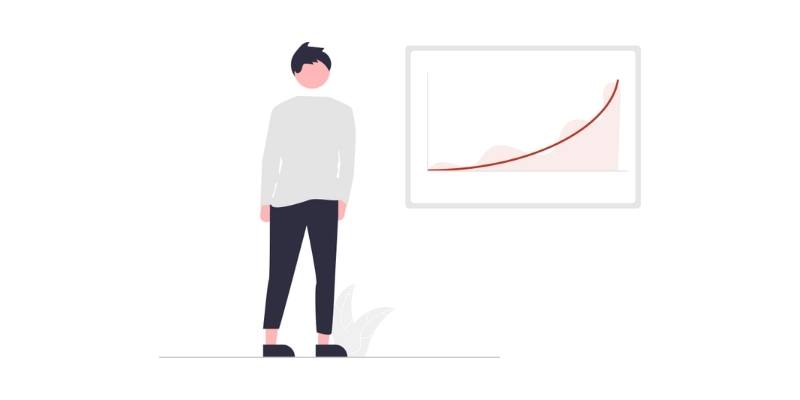 At least 20% of all young people under the age of 35 claims to have heard about, read, or watched something related to the law of attraction.

According to a survey conducted by market research firm Mintel, there are around 30 million Americans who have claimed that they use thoughts and techniques related to the law of attraction.

The Law of Attraction is a $15 billion dollar niche that has over a billion people hungry to learn about the secrets that could gain their success in one way or another.

In my experience, only about 3 percent of the population actually believes and consciously uses the law of attraction. This 3 percent includes the most powerful and successful people on the planet.

About 40% of the population agrees with the general concept but does not actively use it, other than passively or actively through prayer. The law only works with complete faith. If the prayer is one of hope, and not backed by faith, then it is less likely to be effective.

The remaining 57% of the population does not appear to presently accept the theory.

In the future, I expect the numbers of people consciously using the theory to rise significantly. At present, those willing to experiment and actually use the theory have a tremendous advantage in society. 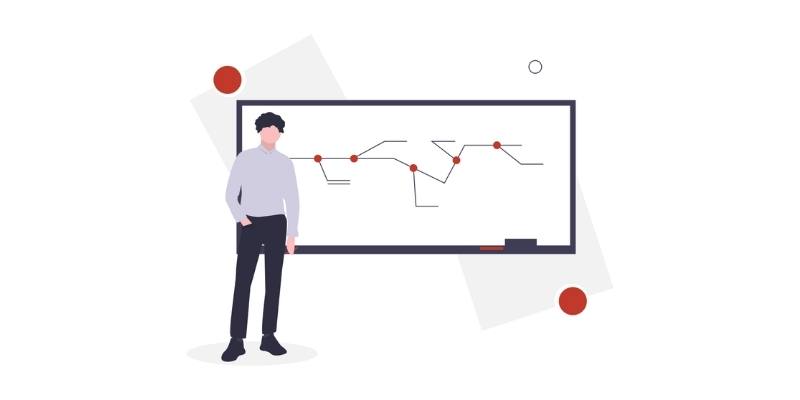 The law of attraction has been a topic of discussion for many scientists and psychologists. While there have been scientific studies that have supported the power of positive thinking, other scientists have not been able to prove this phenomenon.

However, there’s some research to support cause and effect, positive thinking, gratitude and visualization.

Proponents say the law of attraction is supported by theories from quantum physics that suggest this “law” has an energetic and vibrational element.

Everything in Life is Vibration” – Albert Einstein

“It’s the principle that ‘like attracts like.’ What we put out into the universe, we receive back, because everything, even thoughts and feelings, carry a vibration,” says Emma Halley, a spiritual wellness coach.

“By believing that we’ve already achieved [our desires], we put a matching frequency and vibration out into the universe that will, in turn, attract it to us.”

Though scientific support is lacking, many people around the world believe in the law of attraction and use it in their daily lives.

Psychological facts about law of attraction

The LoA is all about psychology. Many people are convinced that it’s a magical method to create anything out of nothing, but those who advertise as such, miss an important point.

One of the most significant effect of the law is how it influences our behavior. The differences between who you are and who you wish to become, revolve mostly around your habits and behaviors.

Every year, the world is introduced to a new crop of millionaires. Every day, we see numerous people making money online and becoming wealthy in other ways. They all have common habits and behaviors. So, do you.

Your behaviors, habits, and actions brought you to where you are today.

To get to another level in life, you must change those behaviors, habits, and actions.

How habits effect your outcomes

We make judgments without thinking more often than we would like to think. Those behaviors are under the control of what we BELIEVE to be true about ourselves. And, in fact, we have the ability to be right regardless of what we believe about ourselves.

So if we change what we truly believe about who we are, we can begin to change behaviors, and in turn, those changes in behavior will be reflected in change in our lives.

Look at the concept of Self-image. It’s not just that you become who you see yourself becoming, when you apply emotion to that, it happens even faster.

When thought and action, belief and behavior, are one, you’re in synchronicity, but the concept of the self-image relates to the idea of visualization, which is a core concept in Law of attraction.

So while it’s impossible to know how effective the law of attraction is for everyone, there is certainly enough evidence to suggest that it can be a powerful tool for some people.

What is the success rate of law of attraction? 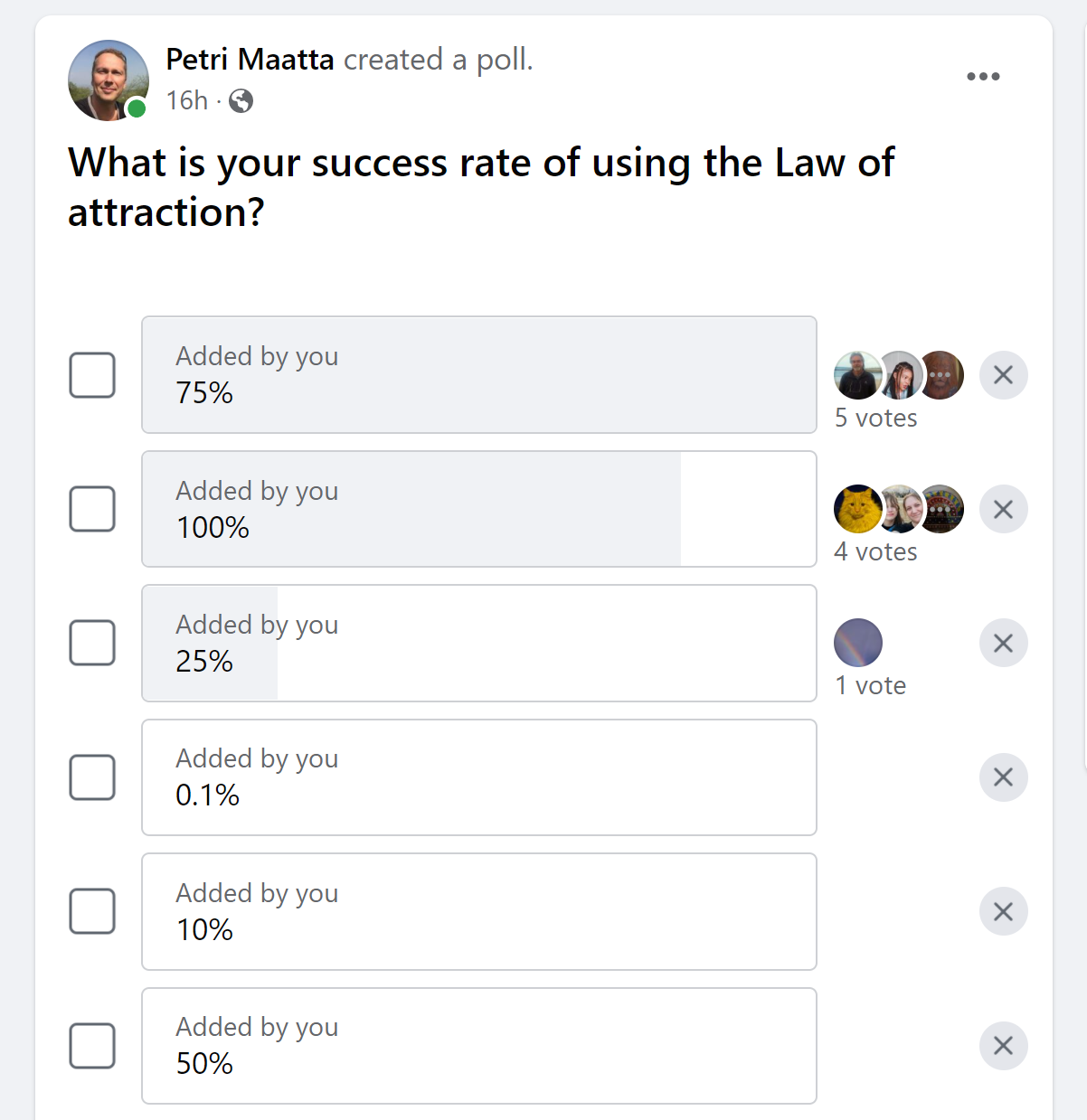 According to a Harvard Business study, goal setting and achieving success have some very interesting facts.

Goal-setting is not everything

There are a number of factors that determine whether or not someone will be successful with the law of attraction, including their mindset, their willingness to take action, how well they understand and implement the techniques. However, even if someone doesn’t see results immediately, it’s important to keep practicing and remain positive, as the Law of Attraction is often a process that requires time and patience.

How many students implement the law correctly?

If a person is disciplined in their actions, is patient and realistic in their expectations, they can expect success in due time:

* according to a Harvard Business study, only 3% have written goals

Statistics and facts for this article were gathered from the following sources:

Increase the Odds of Achieving Your Goals, Harvard Business Study

Why You’re Pretty Much Unconscious All the Time, Time

US National Library of Medicine/National Institute of Health

Everything in life is Vibration, Scientific Community Brazil

The Placebo Effect, and the Immune-Brain Connection, Knowing Neurons

Without Vision, the People Perish, Christianity.com