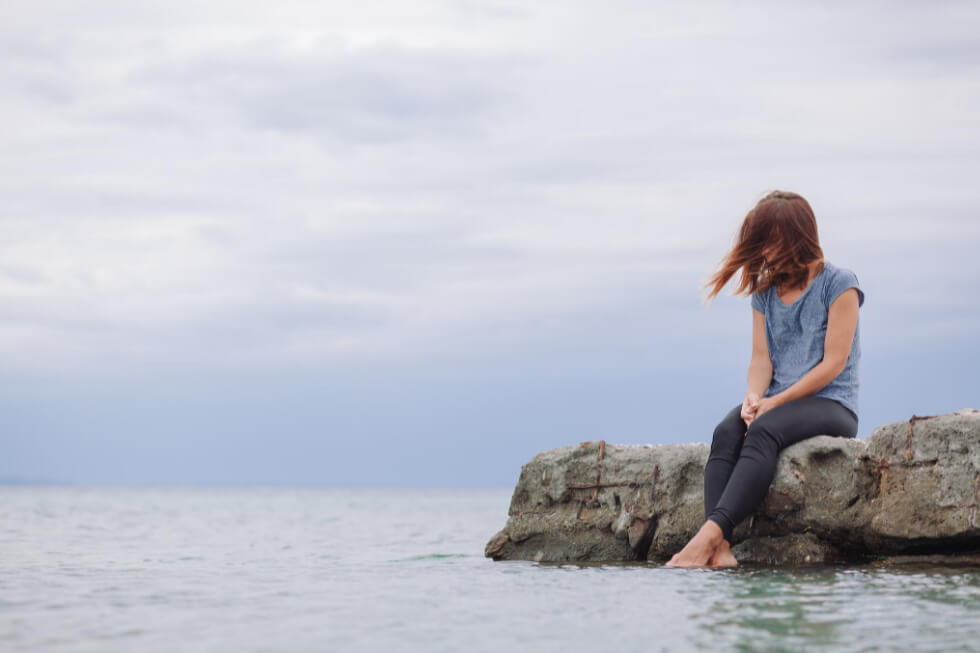 People are social creatures that require others to rely on, connect with, and live their lives. It always appears to be a more difficult task than in 2022.

We began the year under social limitations, COVID isolation, and preventative tactics as a farewell gift from the previous one.

It’s natural to feel lonely at times. Feelings of isolation are expected at various phases of life.

We’ll tackle some loneliness statistics in this post to show that lonely people aren’t alone.

This, too, will fade away!

Loneliness has become an epidemic in recent years in America, and it’s something we might refer to as a pandemic. When combined with the COVID-19 epidemic, the results were incredible: relationships between individuals, the impact of loneliness on one’s health, and society.

Let’s take a look at some statistics to try and anticipate or at least comprehend the spreading coronavirus isolation and loneliness that may strike us in 2022.

In 2019, a study on the loneliness epidemic discovered that one in four Americans (27%) feels misunderstood. Also, two out of three Americans (43%) feel like their relationships lack significance and are cut off from other persons.

Furthermore, similar statistics on loneliness reveal that just half of the American population has close friends and family members to spend quality time with and engage in extended, meaningful conversations with loved ones or others. According to the data, if you live with other people, you are less likely to be lonely.

We are facing a loneliness epidemic. According to statistics, the national average “loneliness score” is 44, with scores ranging from 20 to 80 possible. Americans aged 23–37 (Millennials) have a score of 45.3; Generation X got 45.1 percent, and the Greatest Generation received 38.6 percent.

According to current data, the number of people in an average American household has decreased over the previous decade, resulting in a 10% increase in persons living alone.

On the bright side, research on loneliness indicates that friendships and any other sort of social connection might lower disease risk and longevity. This is one of the reasons why senior dating websites are becoming increasingly popular.

What are the health effects of loneliness? Loneliness has a negative impact on both the mind and body. According to researchers, individuals who lack regular social contact with others have a 29% increased risk of developing heart disease.

Moreover, the annual federal spending attributable to the isolation of older adults is $6.7 billion.

According to a poll of 1,947 Americans, the total number of prescription medicines distributed rose by 85% in 2016. This statistic is startling compared to the nation’s growth rate of 21% in 2016.

According to the statistics on loneliness, Americans are increasingly dining alone rather than with their family or friends. Furthermore, during supper time, 34% of Americans live alone. In addition, only 30% of all American households contain just one person.

According to statistics about loneliness in the United States, individuals who go to casinos in Las Vegas aren’t only there to win money and deal with isolation. According to the facts, Nashville is also recognized as America’s loneliest Southern city. Not only that, but four cities in Texas (El Paso, Austin, Fort Worth, and

South Carolina is ranked second best, with 49% of adults being single, while Arizona takes third place with 48.89% of singletons.

However, the loneliness epidemic is generational, and younger people are especially vulnerable. According to statistics, the percentage of lonely 12th graders increased from 30% in 2012 to 38% in 2017. Experts believe that because teenagers don’t spend enough time socializing with their peers, they are more prone to feeling lonely.

In 2017, Childline provided 4,636 counseling sessions related to loneliness, a significant 14% increase from the year before. According to experts, as technology advances and future generations grow in a more connected world, social skills will become even more critical.

According to statistics from research conducted on over 48,000 people over one year, it is typical for college students to be lonely. Furthermore, only 20% of college pupils said they were never lonely at school during the study period. Unfortunately, the figures reveal that many individuals could barely handle these feelings; almost 12% had suicidal thoughts.

Worldwide Loneliness Stats to Bring Us Closer Together

One of the most significant findings from coronavirus isolation is that we are all connected, no matter where we live. As a result, we’ll now look at various loneliness statistics from across the world to see how lonely people perceive themselves.

According to loneliness studies, one in four Australians is lonely both by sea and land. 50.5 percent of Australian adults report feeling lonely at least once a week on average, with 27.6% saying they are lonely for three days or more. According to the statistics, one in four residents of Australia suffers from social interaction anxiety.

The National Loneliness Research Project has discovered that lonely Australians have poorer mental and physical health than people connected to others. The most miniature lonely Aussies are the married, while the divorced, separated, or single is the most alone.

Furthermore, those who identify themselves as being in a “de facto” relationship are less likely to feel lonely than individuals who do not have a partner.

According to statistics, Australians over the age of 65 are less lonely than those younger. They have better mental and physical health as well. They have less social anxiety, more depressive symptoms, and more significant social interactions.

According to some community surveys on loneliness in Canada, the problem is enormous throughout the country and persists across different age groups. Based on data from 2016, 28% of Canadian households are single people, suggesting further social isolation.

Hikikomori is Japanese individuals who deliberately withdraw from society and even seclude themselves in their homes for lengthy periods. Even though specialists felt that the condition was restricted to Japanese people, they discovered that nearly 0.3% of South Koreans do it.

The country of 127 million people is regarded as the oldest population and one with an increasing number of lonely individuals. According to statistics, around 6.24 million elders over 65 live alone, while 18.4 million people are considered single adults. Unfortunately, these figures have nearly doubled in the last 30 years.

According to statistics, there are 30,000 lonely deaths in Japan every year. Since more and more Japanese live alone, the incidence of kodokushi is also at an all-time high. Kodokushi is a Japanese word that refers to people dying alone and remaining undiscovered for lengthy periods. According to experts, the yearly number of kodokushi maybe two to three times higher than expected.

Loneliness affects 9 million people in the United Kingdom, according to a government-commissioned study released at the end of 2017. The elderly and those with disabilities are among those who are more prone to loneliness. People are going to therapy, and it is expected that physicians see between one and five patients every day, thanks to this development.

According to the research, 30 million people in Europe suffer from loneliness. In the Czech Republic, France, Hungary, Greece, Italy, and Poland, it is estimated that 10% of the population is lonely. The Netherlands (3 percent), Denmark, Finland, Germany, Ireland., and Sweden are the least lonely countries in Europe.

For example, fewer than half of Lithuanians, Estonians, and Poles socialize with friends or family for a month or less. Even though 7% of European adults feel lonely, according to the statistics, 18% of Europeans, or an estimated 75 million people, are socially isolated.

The previous statistics in the United Kingdom and Ireland have shown that loneliness at Christmas has a more detrimental effect on the older generation. Over 550,000 people over 65 have stated that they felt lonely. However, the new data reveals that those between the ages of 25 and 34 are at a twofold risk of feeling sad during Christmas.

Loneliness Statistics for a Simpler Future: 2022

Feeling lonely and disconnected can negatively influence one’s mental and physical health. This is why it is critical to seek assistance as soon as possible after recognizing the sensation and work toward getting better. Here are a few figures to help you figure out how you might feel better in 2022 by adopting new habits.

According to a poll of 830 elderly patients in primary care, the following results. However, another study of 5,210 older people found that pet owners were less lonely, suggesting that pets provide therapeutic benefits for their owners.

Exercise is indeed an excellent method to battle loneliness and sadness. According to a recent poll, people of all ages enjoy going to group fitness sessions to get out of their comfort zone, socialize, and meet other like-minded individuals.

According to a volunteer survey of over 10,000 people in the United Kingdom, volunteering is an excellent method to meet new individuals, socialize, and enhance general well-being. Furthermore, 9 out of 10 volunteers claim they have met new people due to this activity. More than 77% of volunteers said their mental health had improved, while more than half (53%) reported physical health benefits.

As we can see from the examples provided in the article’s various loneliness statistics, 2022 could significantly influence our internal feelings and how we interact with others.

The statistics on loneliness are here for educational reasons and to show the growing loneliness epidemic in all cultures and ages. It’s critical to recognize that being lonely is harmful to our physical and mental health.

We want to encourage you to seek expert assistance if you’ve been feeling lonely and your thoughts and mood have been affected.