The 19 Most Interesting Saving Money Statistics and Facts in 2022 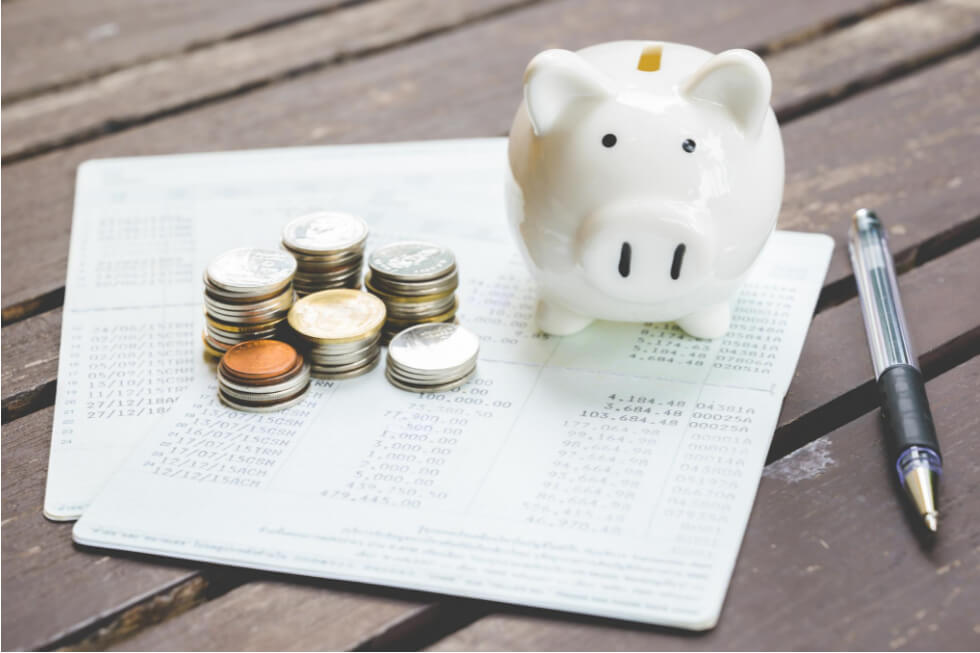 It’s never a bad idea to set some money aside.

And yet, recent money savings statistics reveal that Americans are far from adhering to this belief. An average US household has around $40,000 in savings, which isn’t nearly enough to retire by age 65.

Then there are 14% of people who have no retirement savings.

What is the maximum amount that American adults might save each month? What state has the most significant retirement savings average? What effect has the COVID-19 epidemic had on savings levels?

These are all critical questions, and we have answers for them.

Please continue reading to discover more about money management in the United States and how it compares to other countries worldwide.

Things become considerably worse when the attention falls upon the bottom 20% of American families by income. The average savings, in this case, are just over $24,000. It is self-evident that those who earn the most money tend to save the most money. According to the US Federal Reserve data, even the gap between the top 1% and the top 10% is significant. The top 10% of US households that earn the most, for example, have average savings of about $846,000.

There are several theories about how the debt stress epidemic affects our mental health. These statistics show that citizens of the United States tend to spend more money than they have. They do, however, save money as well. The gross private savings in the United States have grown gradually since the 1960s. For the first time, this category topped $1 trillion in 1990 and reached $1.14 trillion three years later (in current dollar terms). In 2003, the $2-trillion mark was passed, and in 2009, Americans’ savings reached $3.38 trillion. According to the United States government’s saving money statistics, the value of savings rose from $4 trillion in 2017 to $4.72 trillion in 2019.

In the US, personal saving rates have been decreasing. However, in 2020, things changed dramatically, and the rate skyrocketed by more than 30%. The rise began in February 2020, when the household savings rate rose above 8%. It reached 10% a month later when it peaked at 12.7 %.

The US personal savings rate rose 20.3 points to 33% in April, setting an all-time high. The COVID-19 epidemic prompted Americans to cut back on spending and store money, which is why the change occurred.

Saving facts show how the epidemic’s benefit has varied across Americans, with some having to draw down their emergency cash due to lost income. In September 2020, the median amount taken from savings was $1,000, while the average withdrawal was $3,138.79. This figure is less than those who took out more than $3,138.79; those who took out less money.

According to US savings account statistics, 50.5 % of American households have retirement accounts with a typical balance of $255,200. Certificates of deposit are the other type of savings account with a large number of participants (7.7%).

According to statistics on saving money, Americans now have $347.6 billion in 529 savings plans. In 2019, when such savings were $288 billion, this plan began to be used more frequently. Another significant increase in the total value of 529 savings plans occurred in 2020, when the overall amount rose from $145 billion to $203 billion.

For those who haven’t heard of this educational savings program, it offers several tax and scholarship benefits. It’s generally used for educational costs, although you may also use it. The second alternative has federal income taxes and a 10% penalty on any profits, whereas the first option does not.

Saving money in the United States is a lot of fun, and one of these exciting facts is that liquidity was number one of Americans’ most common reasons to save money throughout 2010, 2013, and 2016. Other popular motives for saving were retirement (30.3%), purchases (12.1%), education (7.2%), and family costs (6.9%). Approximately 0.6% stated they had no particular reason for saving money, whereas 0.8% said they didn’t save.

Americans have a 401(k) plan at work, one of the most common retirement investment options. Around 54% of Americans prepare for retirement using their 401(k) plan. The typical 401(k) balance in the United States is around $106,000. A regular savings account was also popular in 2020, with 55 % of respondents having one. Traditional IRA (20%), Roth IRA (19%), and Certificate of Deposit (19%) are other frequent forms of retirement savings among Americans, according to American savings facts

Even though US households are saving at a higher rate, most Americans would not be able to survive for more than six months without their emergency fund. Around 8% could not live for more than a month, while 14% could live for up to two months. These savings statistics are concerning, indicating that many people may not be able to handle a significant monetary hardship. Only 9% and 13% of respondents said their emergency stash would last seven to twelve months.

The average household in the United States has $41,700 in savings, while the typical savings balance is just $5,300. Those with the best education have the highest household savings levels on average. As a result, Americans with a college degree have about $79,100 inside pocket money. According to the US savings statistics, those with a high school diploma or less have average household savings of $20,100. In contrast, those with a bachelor’s degree or more have average savings account balances of $23,500.

The average savings by age 35 fluctuates from $3,200 to $4,800, which is far lower than the overall typical household savings at every age. Those aged 35-44 have an average savings balance of $4,700, whereas those aged 45-54 have about $6,300 set aside. According to statistics on how to save money, the average savings increase as the age range grows. According to the 2015 Survey of Consumer Finances, households headed by someone between 65 and 74 years old had a savings balance of $8,000. People over the age of 75 have the most significant cash reserves, or money set aside in an emergency, with an average amount of about $9,300.

The median savings for males and females in the United States is $7,000. Let’s change the subject to typical American savings balances by race. Here, we can see that white people have a balance of roughly $7,140, whereas African Americans have only $1,000. Asian-Americans had the lowest average savings account balance of $1,000, followed by Hispanics at $1,500. In conclusion, these statistics show that white and male Americans have the most cash on hand.

It appears that American savings habits need to be improved, as most people do not have them. Only 30% of US individuals have a long-term saving and financial strategy. A budget at home helps you to achieve your money-saving objectives. Nonetheless, only 32% of homes in the United States keep records of their spending. Americans spend around 4.5 hours each year focusing on their finances.

That’s why we have a lot of frightening savings account statistics. For example, just 39% of American adults could cope with a $1,000 unexpected expense. A more significant proportion (44%) couldn’t even cover a $400 emergency expenditure.

Have another frightening savings statistic up your sleeve? 45% of adult Americans believe their money will not last long enough. Among them, 41% said they had not made any efforts to address the possible problem. Around 22% don’t think Social Security will be available after retiring.

Instead of saving more, 46 % of non-retired US citizens plan to work after 65. The majority (53%) of those who intend to work past 65 say they will do so by choice rather than need. 47 % anticipate working out of necessity, giving “lack of money” their primary reason.

During the pandemic, Americans spent the most on take-out, packaged food, and savings, according to April 2020 figures from the US Bureau of Labor Statistics. In contrast, travel, public transportation, and out-of-home entertainment were major losers that resulted in more significant savings.

According to a study by the De Moines Register, the typical income and expenditure in the United States were compared. After taxes, the average annual income was $67,241, according to the statistics. As a result of this data, Americans may be putting aside around $6,000 each year or roughly $500 per month.

Finding the Balance Between Spending and Saving

According to these eye-opening savings statistics, Americans have yet to find their spending and saving equilibrium. According to figures, many of them would welcome retirement unprepared as 30% of US residents possess more credit card debt than money in the bank. Despite this, with statistics indicating that American homes may save money, perhaps some better planning is all it takes to set aside something for a rainy day.