Negative Mindset: How To Stop It Once and For All 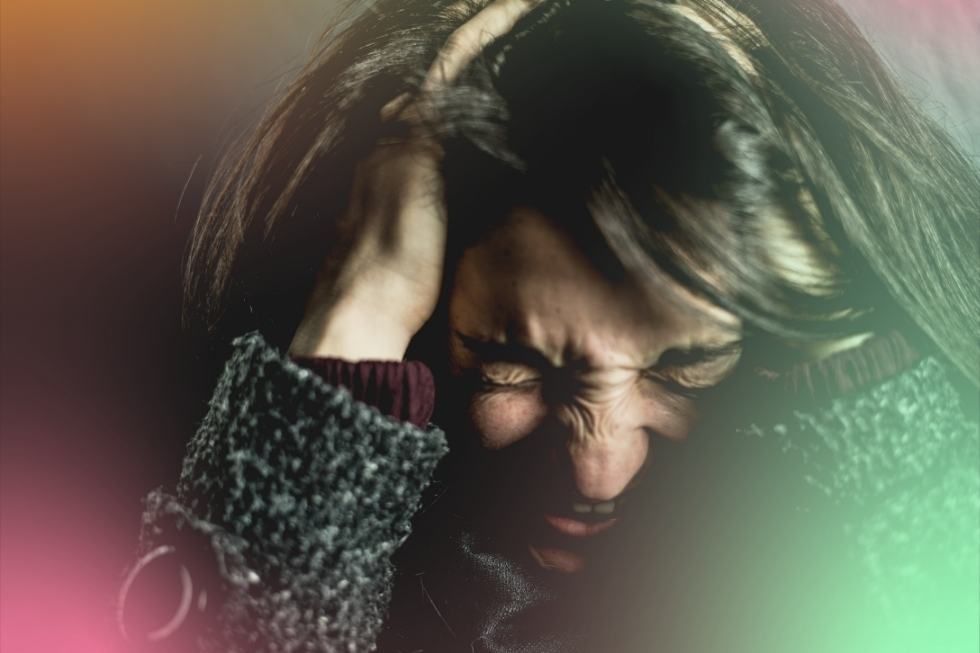 This is a complete negative mindset guide to help you stop it once and for all.

In this quick guide you’ll learn:

So if you’re ready to go “all in” to solve your negative mindset, this guide is for you.

What exactly is a negative mindset?

Negative thinking can also lead to difficulties such as social anxiety, and sadness. Also, tension, and low self-esteem. The key to changing your negative ideas is to first understand how you think now (and the strategies you could use to change those thoughts or make them less impactful).

Our thoughts, emotions, and actions are all linked, so our thinking influences how and behave. So, even though we all have negative thoughts from time to time. It’s essential to know what to do when they appear so we don’t allow them to ruin our day. According to Rachel Goldman, Ph.D., a psychologist and clinical assistant professor at the NYU School of Medicine.

Although therapy can be beneficial in changing harmful ideas, you may also learn how to change your thought patterns. This post goes through some of the measures you can take to alter your negative thoughts.

Consider how you would react if a coworker or a grocery store employee looked at you with ill will. How would you respond? Would it be possible for you to just brush it off, like water off a duck’s back? Would you take it and get mad at yourself, or even get angry? You’re having negative thoughts if you turn little things into big issues that bother you for days, weeks, or even longer.

Negative thoughts can make you feel depressed and anxious. They drain the pleasure out of life, and they might have a detrimental impact on your physical health. That’s why it’s critical to understand how to deal with them.

How can you deal with a negative mindset?

Negative thoughts can be addressed in a variety of ways. Replace them with ideas that make you feel better, for example. Let’s assume you just found out that you have an ailment. You might tell yourself something like,” My life will never be the same,” or “This is the start of the end for me.” That may make you feel awful, and it will reduce the strength of your body at a time when you most need it.

The key is to address the stressor and identify areas where you might be able to improve so that you can feel less stressed. You may also tell yourself something like. “This will be a struggle for a while, but if I’m patient, I’ll learn to adapt and still enjoy my life.” Or “This is a setback for me, but I have the ability to overcome it if I give myself time.” This kind of attitude can boost your spirits and offer more optimism. It also helps your body in many ways.

Do you have any sentiments right now that might be negative? (It’s sometimes difficult to even recognize.) Take a moment to listen to your thoughts and see whether you have any. If you’re telling yourself something that makes you feel terrible, keep in mind: You are in control of what you tell yourself. So why not choose something more encouraging?

Meditation is where mindfulness originated. It’s the art of stepping outside yourself and viewing your thoughts and emotions as an outsider. Mindfulness may help you become more aware of your thoughts. Moreso, develop greater self-awareness through practice.

Mindfulness is all about altering your relationship with your thoughts. Try seeing your thoughts and emotions as passing objects that you might stop and look at or let go of.

The goal of mindfulness is to gain control over your emotional reactions by allowing the analytical aspect of your brain to take over. It’s been suggested that the practice of mindfulness might help you use thoughts well.

According to a study, individuals who engaged in a mindfulness practice had fewer negative thoughts after being exposed to bleak imagery. Also, suggesting that mindfulness may securitize the influence of negative thinking.

As you study your ideas, concentrate on comprehending and labeling cognitive errors and negativity.

A person who believes he or she is a success or failure in every circumstance, for example, is engaged in “black-and-white” thinking. Negative thought patterns include:

Thinking styles that are unhelpful differ in small ways. Yet, entail distortions of fact and illogical ways of viewing situations and people.

This phase, according to Goldman, is all about recognizing and labeling unpleasant ideas. “Now that you’ve observed the thought, you can identify it as an unhelpful idea,” she adds. Simply observe it and label it,” she advises.

She encourages us to accept the idea for what it is rather than push it away. Remind yourself that it’s just a thought, not a fact.

Consider the evidence that supports or refutes your belief. This can help you challenge negative thinking and look for options that are more useful and realistic.

Even if you’ve never studied thought reform, it’s easy to grasp when you see the book in action. While this approach may be difficult to comprehend at first, with time and practice. Moreso, positive and rational thoughts will come more easily. Cognitive restructuring can assist you in challenging your beliefs by leading you through phases such as:

To help battle the detrimental thoughts patterns linked with sadness. Try to focus on the positive, according to Johns Hopkins Medicine. Consider if there is anything beneficial in your current scenario.

Yet, Goldman advises against replacing negative ideas with optimistic ones. If the replacement ideas are not realistic, they will be ineffective.

According to Goldman, if you find yourself thinking things like “I’m a loser,” “I’m going to fail.” Else, any other similar negative thought, it’s best not to replace them with anything optimistic.

“Rather than removing it, you should replace it with something more neutral that also exhibits self-compassion like ‘I’m not sure if I’ll be able to do it. But, I’m doing my best,’ ” she adds.

Mindfulness is the polar opposite of thought-stopping. It’s about keeping an eye out for negative ideas and forcing them to go away.

The main drawback of thought-stopping is that the more you try to suppress your bad ideas, the more they resurface. This is called thought rebound. Mindfulness is preferable since it places less emphasis on your thoughts and has a lesser influence on you as a result.

According to psychologists, the rebound of ideas that occurs after attempting to end catastrophic ideas is far more harmful. Instead, most psychologists advocate utilizing methods to tackle the terrible beliefs more directly.

Another component of CBT that some people with social anxiety may find useful is the “assertive defense of the self.” It refers to something called “cognitive defensiveness.”

Because it’s workable that some of the time, people will be critical and condemning toward you. You’ll need to be able to accept rejection and criticism.

This is generally done in therapy with a pretend conversation between you and your therapist. The aim is to help you get greater assertiveness. You then apply these skills in the real world through homework exercises.

For example, having a list of assertive responses prepared when targeted with criticism in person. This may assist you to deal with these anxiety-inducing situations. Furthermore, according to this approach, real-world encounters are encouraged as an opportunity to put the lesson into action.

The process of providing offerings with conscious intention can also help people relax and unwind. According to some studies, dealing with “social blunders” that contribute to anxiety and negative thinking might also be beneficial. The aim of boost your tolerance for the discomfort caused by criticism. Also, rejection is to help you develop a larger capacity to deal with these things.

Use a Thought Diary

Thought diaries, also known as thought records, are a kind of journal that may be used in any therapy to cure negative thinking. Thought diaries aid you in recognizing negative thought patterns. Also, gain a deeper understanding of how your thoughts elicit your emotional responses.

An idea diary entry, for example, may describe a person on a date’s thought process. And the emotional and physical consequences of negative thinking habits. You can replace self-doubtful thoughts about being rejected with more beneficial ideas. Also, realistic ideas at the conclusion of your thought analysis.

What are negative thoughts?

Negative thoughts include unfavorable ideas about yourself, situations, or other people. They can have an impact on your mood and a symptom of certain mental illnesses. “I’ll never be good enough,” “They must believe I’m stupid for stating that,” “That issue is bound to go badly.” are some examples of negative thinking.

Why do I have negative thoughts?

Negative ideas are quite prevalent. You may have negative thoughts because we are more influenced by negative than positive thinking, or because of a negativity bias. It’s also conceivable that speaking, negative thinking was more beneficial to survival. Negative ideas can be caused by cognitive errors. They might be indicators of mental illness such as sadness and anxiety.

The process of transforming harmful ideas isn’t a quick procedure. “This isn’t simple, and it will take time, but with practice, it gets easier and you can develop new automatic thoughts that work for you.